Home / Blog / What we need to know


What we need to know 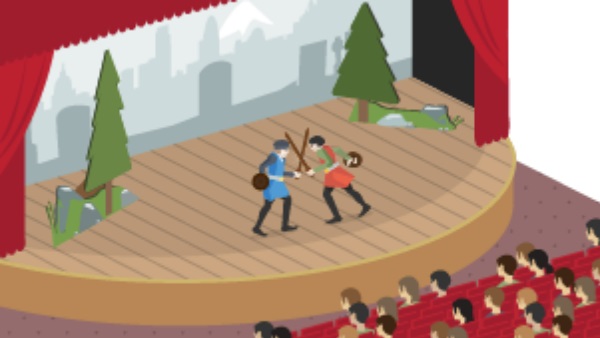 When you book us to film your production, we need to know a few things to help us plan how we are going to produce a great film for you.

How is it staged?

Proscenium - i.e. the audience sites on one side only, also sometimes called end-on staging.

Transverse stage - the audience sit on two sides of the stage.

It could be a combination of the above, and our camera location would depend on the staging.

Does all the action happen on the stage?

Do you have a choir /band that is positioned to one side of the stage.

Do you have actors entering from the front of house?

Are you using lighting - if so is everyone well lit?

Are you using microphones?

If you are, we would normally ask to plug a recorder into your mixer, so we can capture the output from these, this won't affect your live audio in any way, but it will make the DVD sound even better!

Are you using pre-recorded music?

Again the same as the microphones, we would ask to plug in a recorder to capture this from the source.

We would also want to place microphones near the stage, so we can pick up the spoken words well.

We normally film with at least 2 cameras, we have tripods that can extend to seven feet tall, so getting over the heads of the audience is not a problem. Some schools have a balcony at the rear of the hall, and this is always a good place to position us, so we can get a great view of the stage.

Depending on the staging, we sometimes add in a couple of smaller cameras, closer to the stage, to allow us to capture front row action.